I can do all things through Christ which strengthens me.
Philippians 4:13

Brotherhood
Meets the 1st Monday of each month/practice 5th Saturday

Ministering to the People of God, with a God Centered Heart 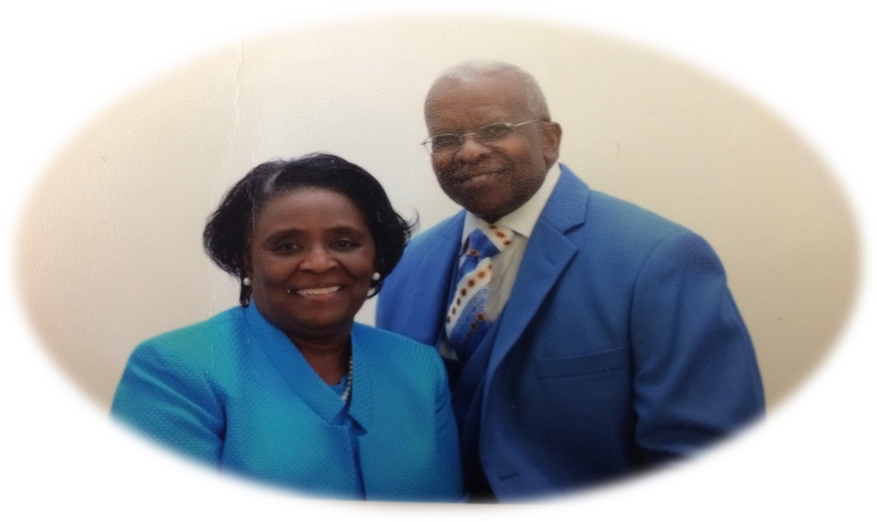 He is a graduate of High Street High School and attended Western Kentucky University.  He was employed in the Finance business for over 30 years. He retired from Citi financial in 2008 and from Heights Finance in 2011 as assistant manager. During his career he was the first black to hold position as manager of a finance company in Bowling Green when he became manager of Money One Credit.

He is a Past Master of St. James Lodge #28 F&AM, Prince Hall affiliate. Past member of the Royal Arch and Knight Templar. He is a commissioned Kentucky Colonel and a past member of the Bowling Green-Warren County Jaycees.

He accepted Christ at the age of eight. He accepted his call to the ministry in November of 1986 at the Taylor Chapel A.M.E. Church. He later joined the Blue Level Missionary Baptist Church under the pastorate of Rev. James L. Carpenter. Blue Level licensed and ordained him into the gospel ministry. After the Lord called Carl E. Whitfield to work in His vineyard, he promised the Lord that wherever the Lord leads him, he would go.

In January of 1989, the Lord laid it upon the hearts of the Pastor, Rev. Herschel Halsell, Deacons and members to call Rev. Carl E. Whitfield as our Assistant Pastor. After prayerful consideration the church called Rev. Carl E. Whitfield as our Pastor in December of 1991.  Having been led by the Holy Spirit, he accepted and became our Pastor in January of 1992.  Much has been accomplished under his leadership and in January of 2003 the church moved into its present edifice. Also a jail ministry, and annual go to Sunday School Day/Super Sunday, just to name a few were established.

He received his academic credentials from the Great Commission Theological Seminary.  He has held offices on both the District and State levels. He served as Secretary, Treasurer, and Moderator of the Union District Association. He also served four years as Moderator of the Ministers and Messengers of the General Association of Baptist in Kentucky.  His motto is, “I can do all things through Christ which strengtheneth me.” He has made us to know that “Thus saith the Lord,” which served to keep us untiringly, unselfishly, courageously steadfast and happy. He has worked to bring us the kind of service that the Lord is pleased with. No man can work successfully without the guidance of the Holy Spirit.  He is a praying man who has shown us that we can do all things through Christ which strengthens us.

Rev. Dr. Carl E. Whitfield is devoted to the daily needs of the congregation, community evangelism, initiatives for seniors, homelessness, and youth empowerment. Behind every man stands a good woman. First Lady Carol J. Whitfield has been the inspiration behind all that which our Pastor has been able to attain. She has been with her husband through all his sorrows and joys. First Lady supports her husband’s leadership and ministry and provides guidance to all. With faith, Rev. Whitfield is leading the Eleventh Street Family to be a greater Christ-centered congregation, committed to spiritual, community service and social justice. The fact that we love both of you and that we do appreciate your dynamic and magnificent leadership, we ask God’s blessings upon both of you.

Senior Choir
Sings 1st Sunday
Rehearsal: Thursday prior at 6:00pm and Saturday prior at 11:00 am
Contact: Stella Ashby

Adult Choir
Sings 2nd Sunday
Rehearsal: Thursday prior at 6:00pm and Saturday prior at 11:00 am
Contact: Greg Ashby & Darlene Collins

Street Children’s Choir
Sings 3rd Sunday
Rehearsal: Thursday prior at 6:00pm and Saturday prior at 11:00 am
Contact: Sequoia Martin

Inspirational Choir
Sings 4th Sunday
Rehearsal: Thursday prior at 6:00pm and Saturday prior at 11:00 am
Contact: Shirley Alexander

Choirs will rehearse each Thursday @ 6:00pm and Saturday @ 11:00am on the Sunday before you are to sing.

The Eleventh Street Baptist was organized on the second Sunday in June 1892, under the leadership of Rev. G. W. Drain, District Missionary of the Union District Association. The first worship service was held in a 12×14 room, in the home of Mrs. Dolly Mallory who resided at 859 East Eleventh Street, which was Walnut Street at the time.

The organized body proceeded to look for a location to build a Church. Eventually a lot was found across the street from Mrs. Mallory and was purchased for $120. After the organization took place, Rev. J.B. Jones read the scripture, proceeded by joining hands of ten applicants, those present were: Taylor Harris, Jim Harris, Mr. Parrish, Mr. Faulkner, Lawrence Bland, Mr. Smith, Mr. Hardin, Victoria Harris, and Patricia Polk. Placing hands on the Bible, he then repeated the words of the Baptist Faith, and the Curch Covenant. He then repeated the Church Covenant for the new beginners and their names were placed on the roll and Eleventh Street Baptist Church was formed. The first Pastor was Rev. Alexander Williams who served as Pastor for 4 years. Under his leadership 35 members were added to the Church, making a total of 45 members by 1896.

In 1898, there was a division in the Church and the Church was twice attempted to be sold. Mr. Russell who owned a lumber yard and Brother Jim Harris who owned a pool hall sold their properties in order to save the Church.

In 1909 Rev. Clay Carpenter reorganized the church and became the second Pastor of the Church. It was then that the Church was officially named Eleventh Street Baptist Church. At that time the trustee board consisted of the following: Lawrence Blaine, James Harris, Andrew Goodnight, and Mr. Parrish.

In 1955 the Church was remodeled under Rev. J.B. Bratton. In October 1955 the Church was blessed to have Rev. Dr. Herschel Halsell as Pastor. Rev. DR. Halsell served as Pastor until his retirement in 1992. In January of 1992 the Church was blessed with another great minister, Rev. Dr. Carl E. Whitfield who currently serves as Pastor of Eleventh Street Baptist Church. Under the leadership of Rev. Whitfield, land was purchased on Kenton Street and a new Church was built. In January 2003 the building was complete and the first worship service was held in the new facility.